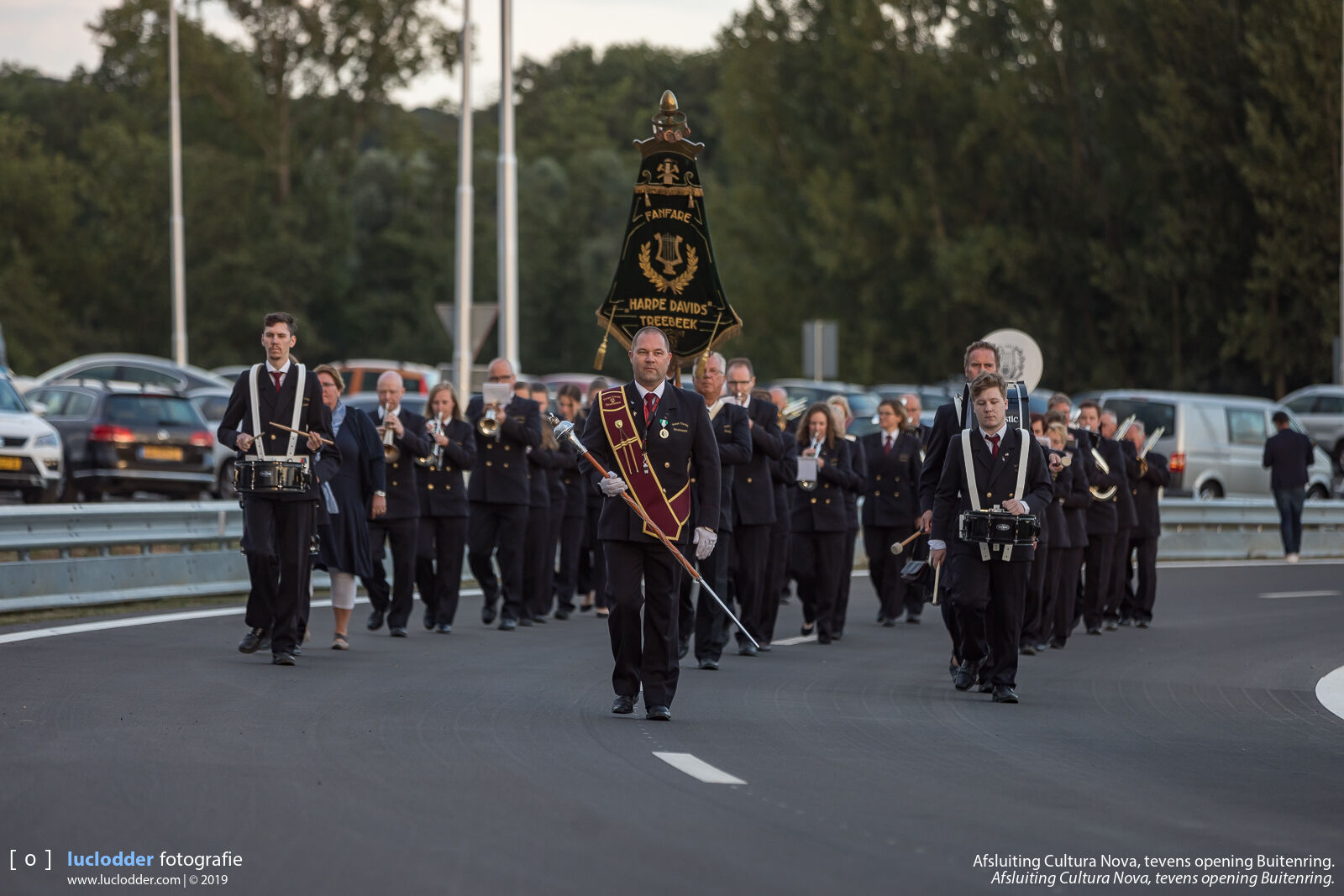 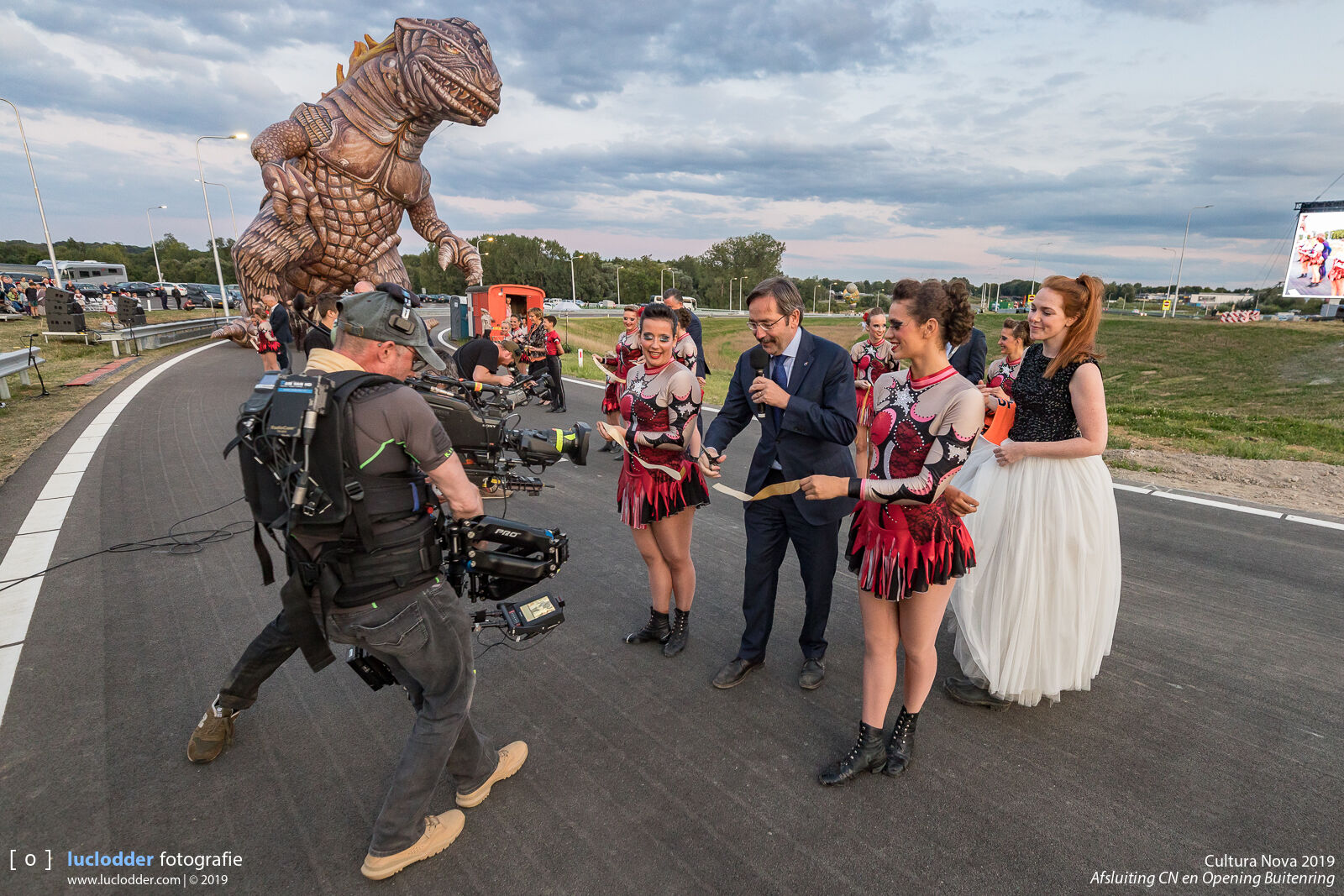 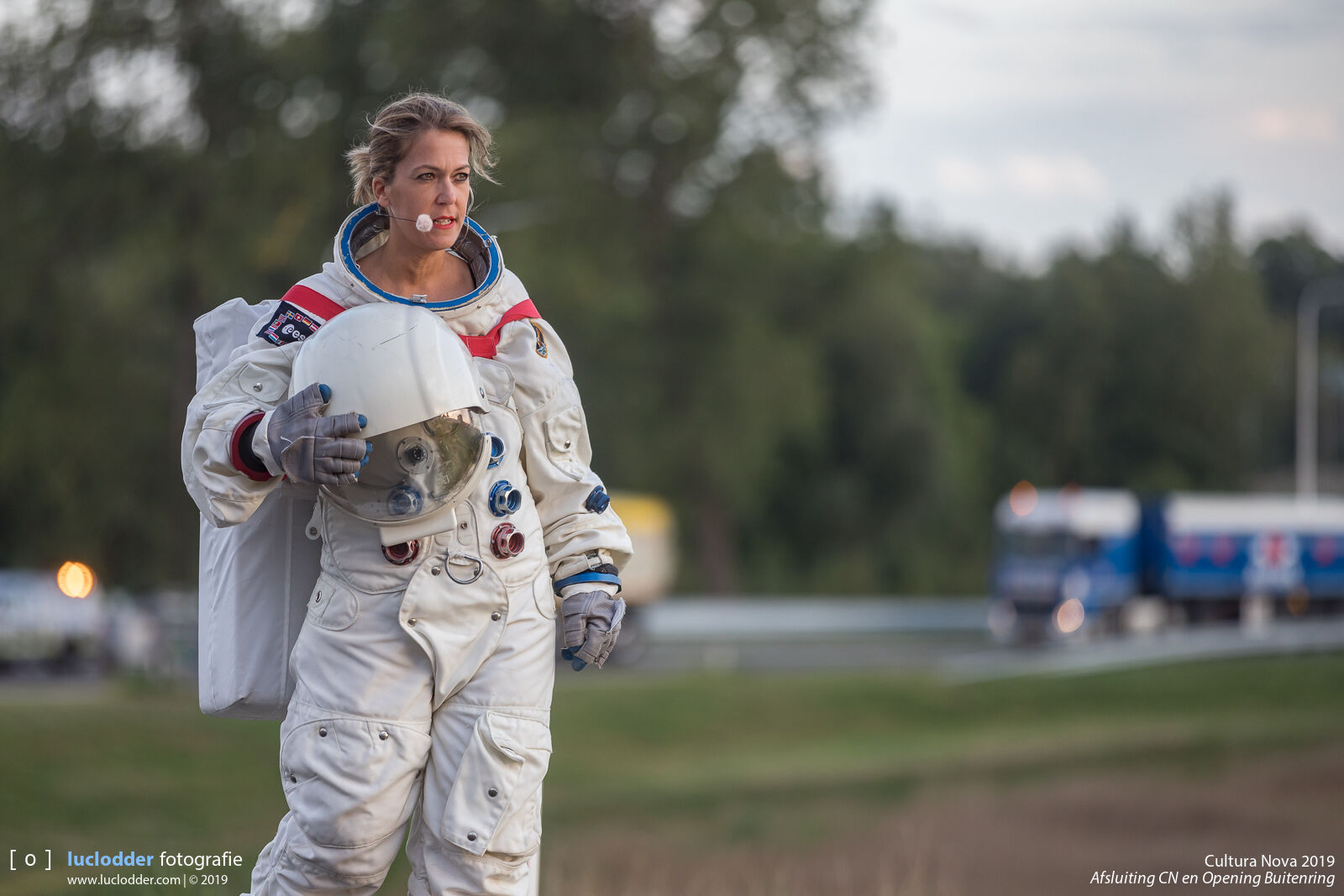 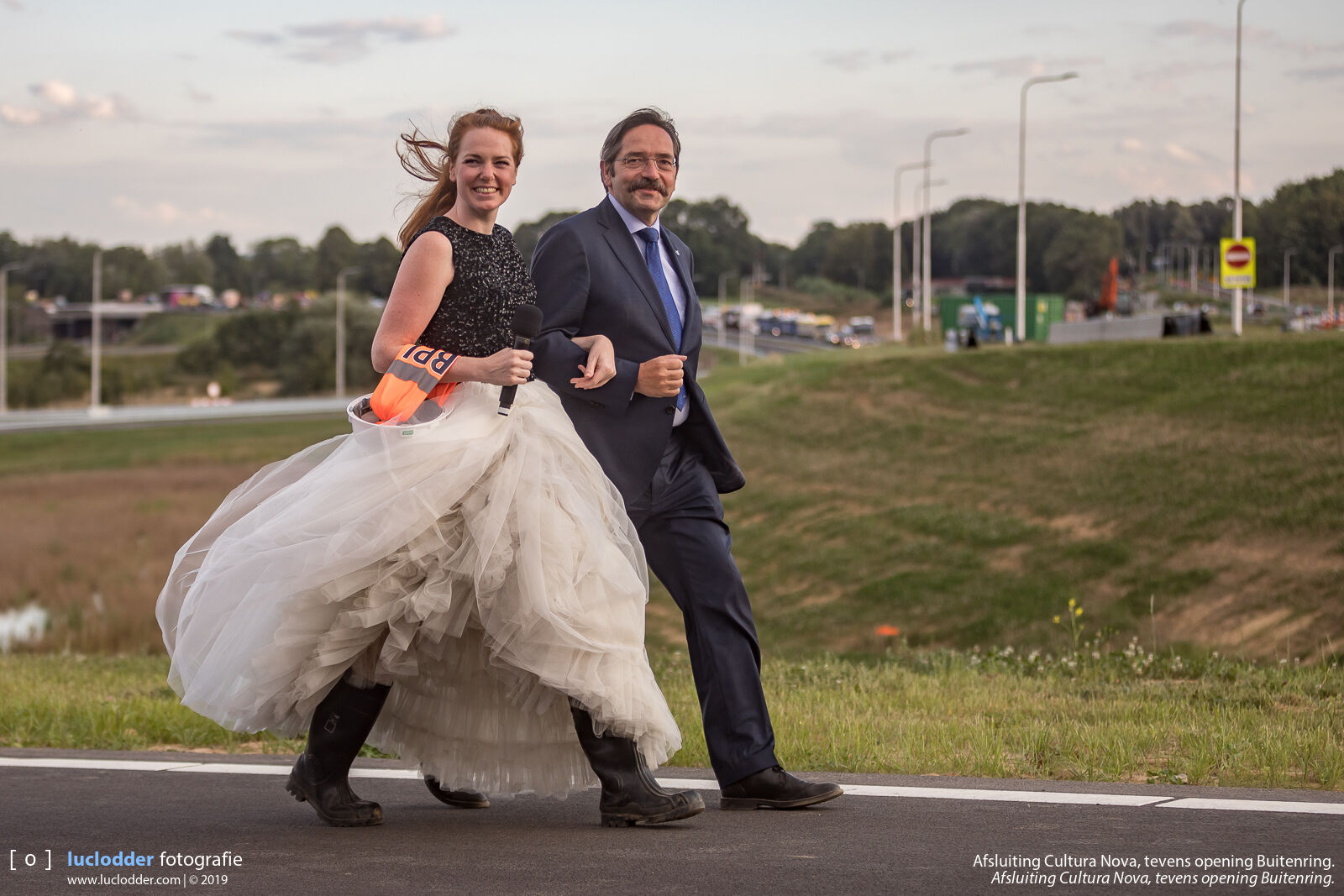 The official opening of the Buitenring took place during this special theater event. A period of around fifteen years of preparation and construction of this road is thus festively concluded.

On Sunday, September 1st 2019, part of the new connection between the Parkstad Limburg outer ring road and the A76 motorway Nuth, was the backdrop for a special event. The Maastricht theatre group opened the new Outer Ring in a grand way and concludes Festival Cultura Nova with it. The history of this highway is central this evening, as are the vehicles that drive over it. Wiel Beijer wrote the text, which is performed by actress Judith Pol and further coloured by the Limburg soprano Fenna Ograjensek. They take you as two time travellers in the world of whisper asphalt, Roman giants, carnival parades and many vehicles. A colourful procession passes by. Because nothing is more Limburgish than parades and processions.