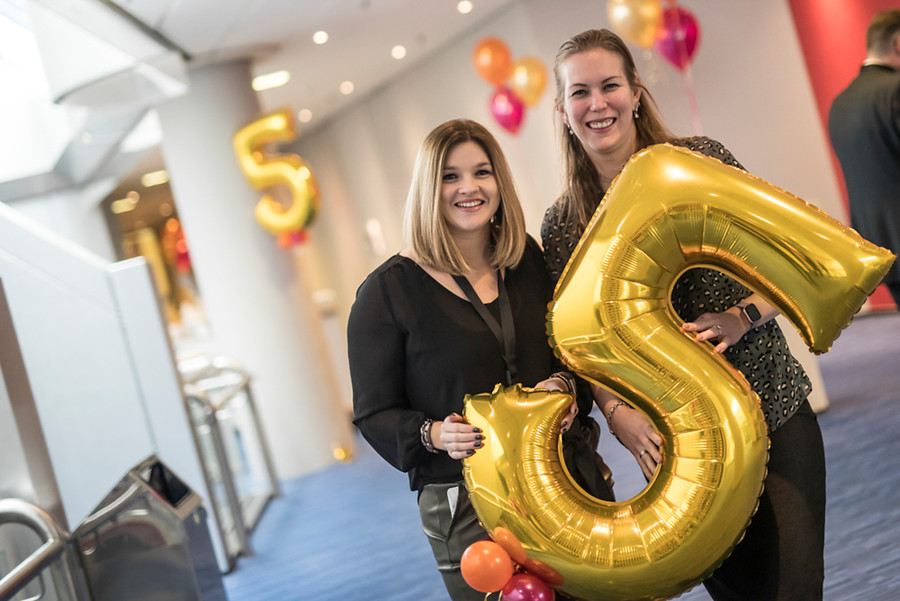 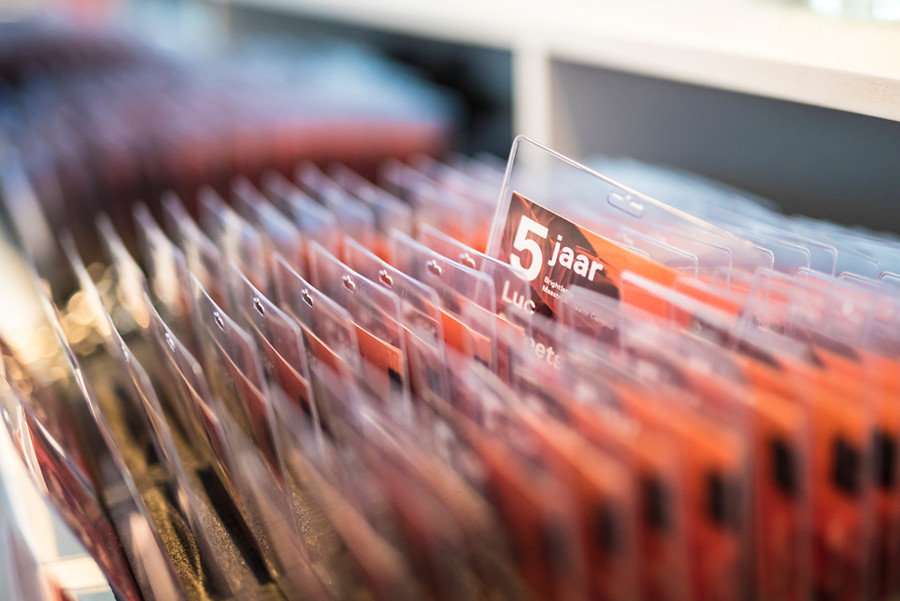 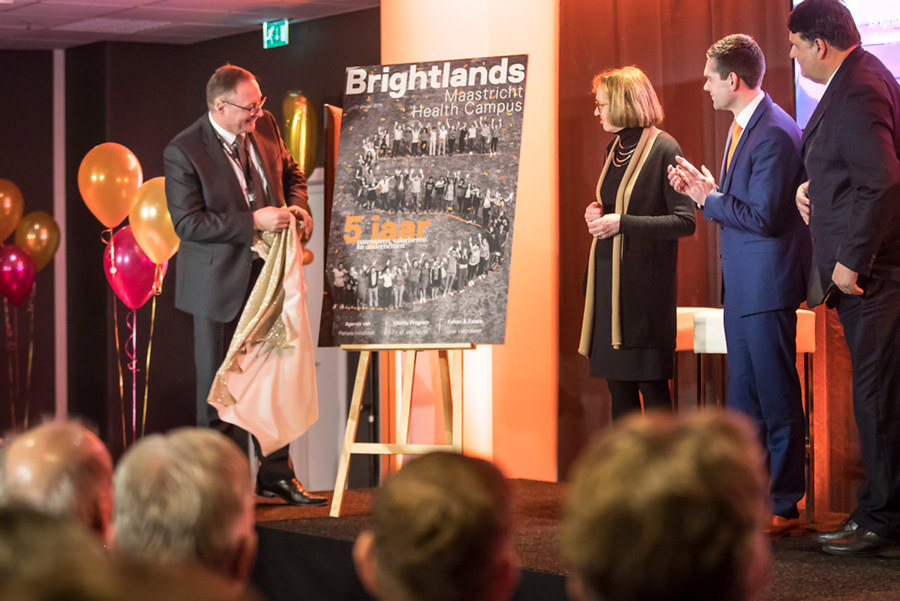 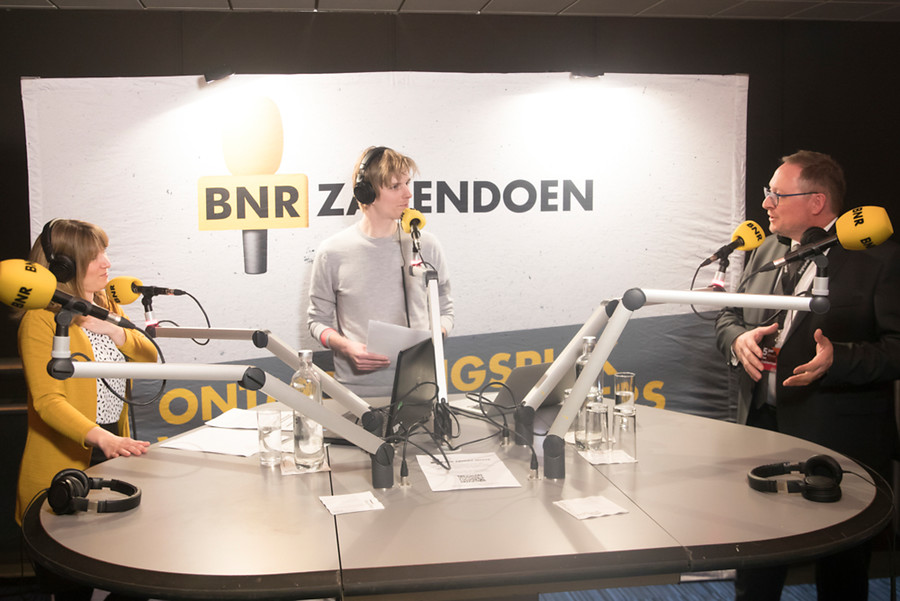 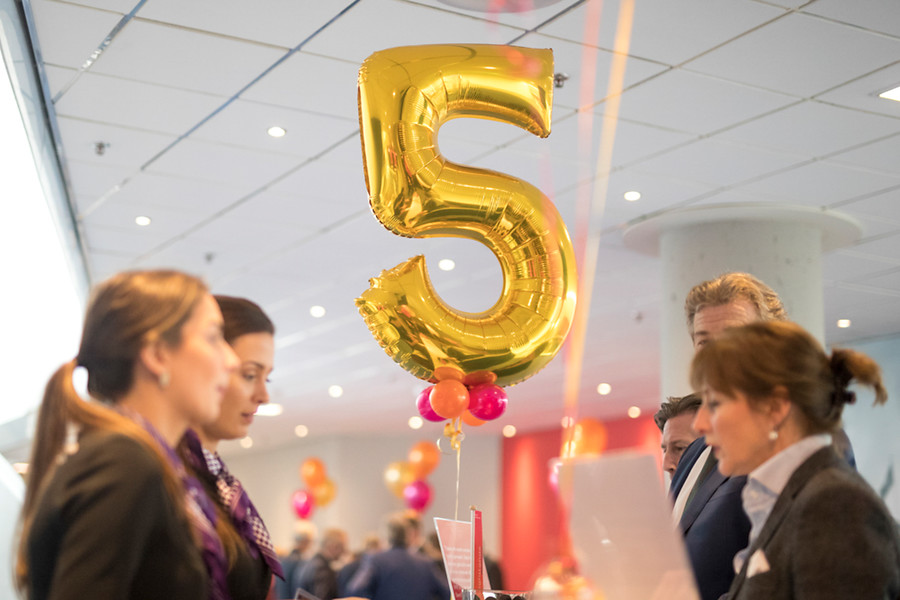 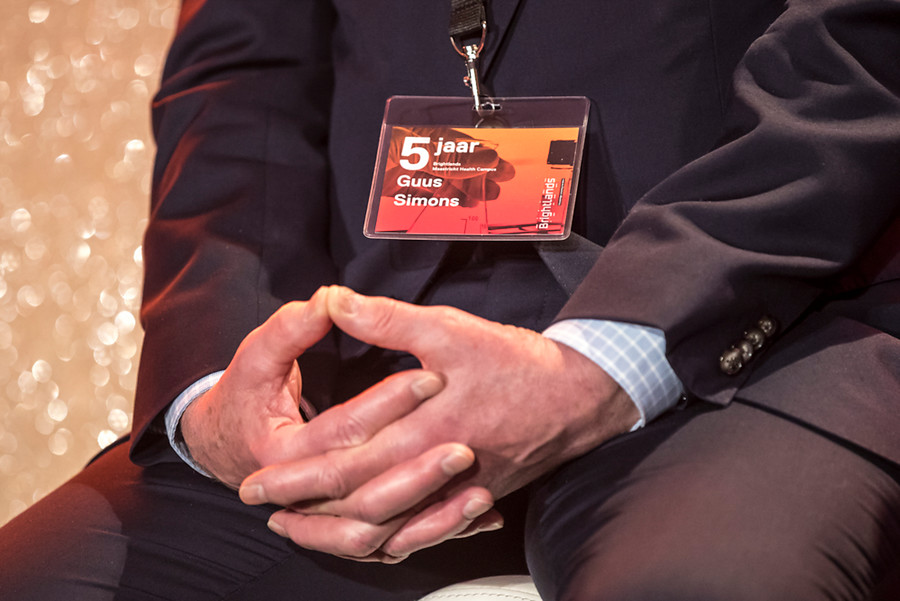 Great numbers and ambitions that matter. Brightlands Maastricht Health Campus is pleased to be able to look back on its first five years with satisfaction, and has plenty of plans for the future.

CEO Jan Cobbenhagen’s pronouncement of the campus’ list of achievements met with loud applause during the anniversary event. In a mere five years’ time, the number of companies, institutions, start-ups and spin-offs doubled, and nearly 1,400 new jobs were created and 23 new companies joined the campus in 2018 alone. A new, third building will be added to accommodate the current and future demand of beginning entrepreneurs.

The success of the Brightlands Maastricht Health Campus does not exist in isolation: it is also the success of the many partners at the Campus, where 7,000 students work on their own future and that of the world, each and every day. CEO Cobbenhagen made it clear that the applause isn’t just for him, but is an applause meant for many.